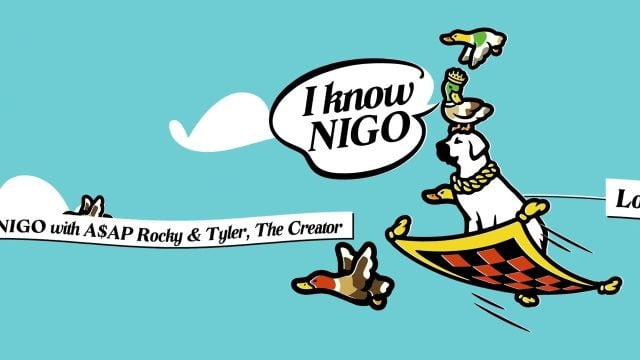 [Verse: A$AP Rocky]
I just want my credit like I’m Soulja
Camo like Rambo, big draco ‘cross the shoulder
I’m fine-tuned on iTunes if you shuffle
Test the boy Le Suess like I came to tune your motor
Motherfucker, mumble rapper, I’d rather be a mogul
Million dollar market deals closin’ on my mobile
Keep the grass cut, got a phobia for cobra
You should low-key fuck the world when I’m vulgar
Man I used to listen to that nigga when I was younger
Found out he’s a poser when I got a ‘lil older
My bitch used to model for the Vogue, but she older
A truce and a foe, sittin’ ’round watchin’ poker
No buns in the oven, or babies in the stroller
Just guns in the cupboard, and some ladies comin’ over
See I’m a pretty boy, manicures with the rollers
And babushkas on the head, like grandmothers and the Roman
Some women throw me bras, some women throw me roses
Might even flash a titty while she on a nigga shoulders
They goin’ crazy at my shows, she passed out if I noticed her
Yeah, we in the buildin’ ’til the shit is forced for closure
Yeah, we not the same, I ain’t tryna play it like a lame nigga
Switch a gang, switch the beat, like the track that’s playin’ (That’s playin’)

[Verse: Tyler, The Creator]
Ayo (Woo, woo)
Bitch, I called you a Uber, and that’s the only way I’m giving you payback (Yeah)
My shit nasty like that one nigga from A$AP
Been ill since I was twelve, was Rocky but ended swell
Now say Tyler, watch these motherfuckers start ringing bells (Ding-dong)
‘Cause I spit fire, and shit cold
This shit so mean, nice rocks and I get stones
This shit so clean and bright, bold (Yeah)
The gold got a grip hold
All these Lucky Charms like a thick bowl
The diamonds all appraised (Nigga), yeah
Y’all go to Avianne and y’all get a lease in that bitch
My earlobes got them yellow boogers like I sneezed in that bitch (Achoo)
Your 808s is dry, you need to put some grease in that bitch
And let it sit, nigga
Fuck what you heard
And fuck rap, I make a living off that 4-letter word (GOLF)
One-stop shop, nigga, just to sell them shoes
The profit margins lookin’ higher than them airplane views
Y’all getting fucked in your deals, and they share that lube
I push the cum-colored Beamer and the inside blue (Skrrrt)
I push an Elon too, and the 675
The long tail, like the mane that’s on A$AP Lou
Whips, whips, whips, whips, Kunta started a fight
The 720 ordered and I still go ride me a bike
But don’t follow in yours (Nah), Vill behind me in sight (Yeah)
My niggas strictly like 9s, like young Mike and his type (Pew-pew)
Rip, you better zip that lip and zip up quick
And shit, he’d probably suck my dick and kiss his bitch (Mwah)
It’s two sides to each coin, I call heads (Heads)
Been countin’ so much goddamn coin, my palm red (Uh)
I spend it on some books and some diamonds that shed light
And them hoes shine just like the top of a bald head, nigga