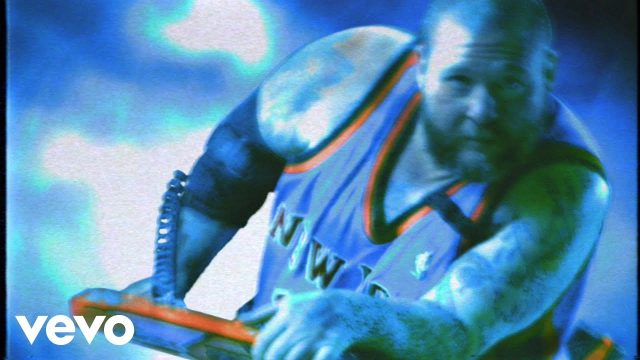 [Verse 1]
Running through the woods, I drop my nine in the snow (Uh)
Ten feet deep, look like a pile of the blow
Had to choke a motherfucker on the side of the road (Uh)
I can feel my blood boil, man, I’m out of control (Yeah)
Wetsuit thick so I can shred when it’s ice (Uh)
Then lay in bed with your wife (Uh)
And get mad head from your wife (Uh)
Then get out of bed with your wife (Ah)
‘Cause I don’t cut the bread with a knife (Ah)
I rip it like a man supposed to
Leather jacket, Mickey Mantel poster (True)
Rock bottom through the buffеt
Chicken wings flying every mothеrfuckin’ which-a-way
Hash burning while a motherfucker’s switching lanes
My pants rip away (Uh, ha-ha)
Arm out the window, leave you crippled
Dawg, it’s been six years, I’m trying to get in contact with Pitbull
We’ve got some business to get into (Uh)
Short story long, your shit like soft porn (Uh)
Write your name on a list and cross it off (Off)
I drag deer in the swamp (Uh)
Then I roll twenty-five times and disappear in the swamp (Whoo)
Four Rolls-Royces disappeared off the lot (Whoo)
And then four Rolls-Royces just appeared on the block (Whoo)
I had to wrestle two bears for the title shot (Uh)
Kamikaze in the plane baby, sayonara (Nyeeeaow)
[Break]
Uh, bitch, motherfucker (Psssshhhh), it’s me

[Verse 2]
It’s the final board (Uh)
Young Baklava signing off (True)
Drink fluid out your spinal cord (Uh-huh)
Come through, same Jerry Curl, that Lionel (Uh)
Me and you, it’s like a lion versus a boar (Same)
Both eyes open blasting iron through the door (Boom)
Twenty canisters of tear gas
Slide them on the floor like James Brown’s shoes (John Wick)
I had your bitch drinking man juice (Uh), high top canvas (Uh)
Straps on the black vandals (Ah)
Time for battle, paint face like John Randle (Ah)
I’m like Gama with the Gada (Whoo)
Easily triggered by old trauma (True), motherfucker
And you know I voted for Obama (Bitch), it’s me

Kendrick Lamar – Count Me Out Lyrics