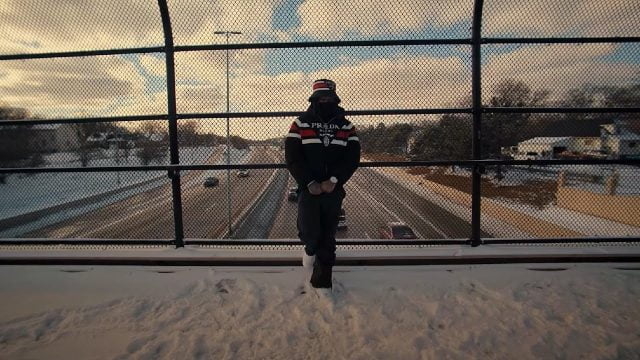 [Intro]
Guess what I just did?
Made fifteen hundred from just unlocking my side door
So a nigga could do they deal
(Pooh, you a fool for this one)

[Verse]
Took some losses, I’m feelin’ numb
Make a birdie in crumbs
Call up my nigga Mook, I’m tryna get him the move
Still grievin’ ’bout Soda, these niggas breakin’ the rules
Hittin’ bitches for soda, I’m rose-ing up all my jewels
Broke down, that’s the real breakin’ news
I asked God to take me, don’t know why he takin’ you
Told the Devil, “Get up off me,” we be conversating too
Hit my line about my nigga Ric’, ain’t think that it was true
Money, sex, and murder
Rapping taking me further
Papa text my phone, say he was worried
I seen Dex in the casket, couldn’t watch you get buried
You know this life get like a race, you gotta watch for the hurdles (Yeah)
Street money and scams
Countin’ money and laughin’, kickin’ business with M
Fifteen hundred, open your door, that’s not a joke
Eez made a move for his daughter ’cause he was broke
It’s crazy ’cause shit get harder the more I go
My money gettin’ higher, man, why am I movin’ low?
Man, I am just a product, I’m telling you what I know
Make sure you grab that stick before you go get the door
Biggie used to buy the ‘scripts from me when I first got ’em
I can see the pain in Cheapie face, he still hurt ’bout it
Then we lost Penny, guess it’s more money, more problems
Scooter graduated and hit the streets, I think no college
What happened to Sluggo, Auntie Yolanda?
My Auntie Mimi, look at her and see my grandma
Auntie Carlene, number one stunner
My Uncle Carl was super fly, over-thugging
Watch us around us, can’t tell me nothin’
Lost my nigga Tizzle, that hurt my stomach
Back to back Benzes, we was out in public
I told my bitch to bring my stick ’cause I was feelin’ somethin’
I got too many niggas dead, that’s who I’m living for
I make it rain like I was Play, that’s why I trip on hoes
Ethan died on my birthday, I barely knew him, but he was from my hood, that young nigga cold
Dopeboy and PJ got left at the store
Dyin’ with the Drac’ on me like my nigga Cho
Lasers in the trap house like my nigga B
I feel like that shit happened ’cause they envy G
If Bud was still alive, how that shit’d be
Flexing through the North End like my nigga Keith
HP clear the bag, that’s my nigga Thump
Face and Brick was the reason I picked up a cup
Everything I do, I do it for my son
Wasn’t enough, hurt me bad, damn, I’m out of luck
Going crazy, check the bag, damn, I’m out of drugs

Tears for Fears – Everybody Wants to Rule the World Lyrics