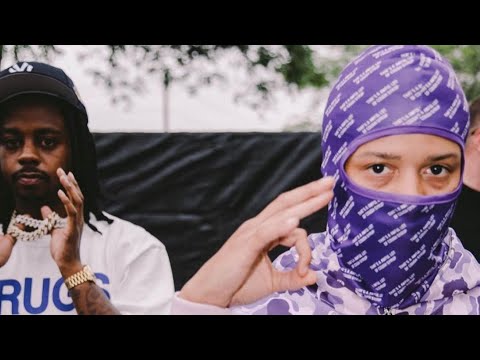 [Verse 1: Babyface Ray]
You starvin’, I get this shit regardless, I’m tellin’ you
I’m busy, bitch, can’t fit you in my schedule, I want revenue
All in NYC, I’m at Saks Fifth Avenue
Fuck it, cut her off, I send her out, she like, “I’m mad at you” (Nah)
Suites and courtside seats, players tryna meet
I’m livin’ right now, but I got youngins who’ll die for me (Yeah)
Get my hands dirty, make it right, this shit powdery (Woo)
Talkin’ slick, have my niggas blitz, fuck apologies (Woo)
You gon’ give me honesty or you gon’ lie to me?
All that love I had for her, a ratchet sucked it out me (She nasty)
Bitch, calm down before I block you, know I’m living drama-free
The empire built like Roc-A-Fella, I ain’t tryna link
[Verse 2: Veeze]
I got thots and I got bands, bitches throwin’ twat on me
I can’t talk until I sip my syrup, you gotta pardon me
I just ran up like a buck and a half in Dior joggin’ sneaks
My young niggas scam the world so much, fucked up the economy (Ayy)
I’m too slick, wanna keep your bitch? Then keep her from ’round lil’ Veeze (Aha)
I ain’t shit, but pour the syrup so thick, like, I don’t wanna sneak it (Who?)
Who the fuck all these fuckin’ Wavy Navy wanna-bes? (Who they wanna be?)
I got hitters like raccoons, you least expect it, they gon’ be on your street (Bah, bah)
Cop a bean? I got a pill for you, ain’t you tryna geek? (Yeah)
Rip the seal, pour the shit, so dark look like it’s coffee drippin’
Feel like Steph, I’m ’bout to fuck her friend, I’m bout to hit the three (Swish)
Fucked around, blew what you had in your life in just one spending spree

[Verse 3: Babyface Ray]
I done fucked around, blew what you had in your life and went on a spending spree
That lil’ nigga from the six, he doing fab just like I’m Emily (Facts)
Ayy, it was love, but that shit get you killed, so ain’t no sympathy
Xanny, lean, fuck her, then forget her, fraud the remedy (Xanny, lean)
You little niggas be killin’ me, rent so much can’t cop some Louis
Audemars got me ridin’ clean, but I’m not talkin’ Rucci (Audermars)
Fuck a ho, put my cup down, no, fuck it, call me Tunechi
I want more, right now I’m on go fuckin’ all the groupies
Front door action, walk right out the back, he call, I’m like, “Who this?” (Yeah)
I know niggas, they done did a lot, boy, but you won’t do this (Yeah)
Got that shit to glow, nah, for sure, bitch, don’t be stupid (Got that shit)
Got it for the low, fifty more dressin’ up my hooptie (Yeah, smoke)
[Verse 4: Veeze]
I ain’t gotta fly with no ho, they be always choosy
That lil’ nigga broke, he a joke, on some Paul Mooney (Slatt)
Fucking niggas wife, out of town, I ain’t honeymooning (Huh?)
Poured up so much mud, moving slow like Paul Wall music
Bro been acting scared to fly ’em back, man, fuck it, I’ll do it
Knew you still a kid, can’t soak my game because I child-proofed it
Babyface my twin, if he don’t trust you, then I gotta shoot you
Even though I dress just like a model, I’m no role model, boo
I’m scopin’ through the crowd to see the baddest bitch, I’m way too picky
They walked me through the back, we seen the chef before we seen security
Call Amir, they owe me a free shot, I damn near spent a milli’ (Yeah)
Bitches hittin’ they knees, they cappin’, nigga, they know what time it is
Paint the car with Bennies, bitches steppin’ on George Washingtons
All my money ain’t clean, I’m tryin’ my best to try to wash the shit
Oh, you wanna dress like me? You gotta cop before they drop the shit
Goin’ inside of Prada for regular tees, that’s how proud I’m is

[Outro: Veeze]
I done fucked around, blew what you had in your life in just one spending spree