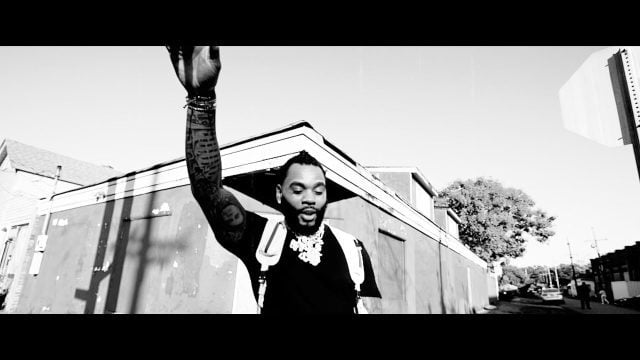 [Intro]
Everything I do, you bitches got a problem with it
Hmm, carry on (Carry on)
I take a shit, you got a problem with it
Hmm, carry on (Carry on)
Huh, ayy, you make it like it’s about Dude
You know it ain’t about that
You know what the fuck you did, nigga (Damn)
I don’t hate you, you must know
Man, I’ma show you how great I am
Carry on
[Verse]
For the record, I am Muslim first, where should I begin?
I’m a general, I’m one of the men, ABPSN
I’m hospitable, respect agreed, but we can not be friends
Social media, I’m not promotin’ criminal intent
Big spinner, get to business deal when killers get consent
Whoever played, I want they family membеrs, I’ma set a trend
Bop my head and say “Astaghfirullah, Lord, forgivе me for my sins”
F250 drop my Hellcat off and whip up in a Benz (Hmm)
Downtown, ninth ward, Alabo and Rocheblave
Big chiefs send them things, bread winner, gunner gang
New infinity in gunner phase, how we discussin’ things?
Timid, nine ward did it, gon’ have another son to raise
Niggas started actin’ like big Brasi ain’t the truth ouch’ere
I done caught a body if a nigga want some proof ouch’ere
Southside, Baton Rouge, standin’ up on Fran Street
Standin’ up on 12th Street, big London package, hand me
With Butcher out on Evergreen, standin’ up on Taft Street
Sold dope on Murder street, St. Joseph Abbey Street
Crate and Stewart, middle of the drought and he ain’t textin’ me
Carolina Street’s applyin’ pressure, you can ask for me
Trophy, grey Monte Carlow, hustle ’til my lungs collapse on me
Garfield Street, ask Big Boi, charge twenty for a zip of lean
B.O.N., I’m a big old nigga with that MAC on me
Zap-a-hard, fifteen on I’m weighin’ a rack a piece
They shot me down, broke my bone in half, it ain’t no jackin’ me
Hospital every pack, digi scale, dope and them bands on me
Shoutout to God, no bodyguard, wore my hat, he had plans for me
I was on my ass doin’ bad and dopeboy had grabbed for me
Mile I blew them stacks, payed him back, and T-Newman grabbed for me
Born like my hustle, I must a free agent drafted me
Honda Accord with Dreka, move discretely, look with that strap on me
Accidentally turned up, Oakland, Cali’, Sac’ on me
Fuckin’ with the plug daughter, her mama put that pack on me
No five ton, no metal box, I’m comin’ with the stamp on me
Leavin’ Hammond with what’s his name? Fleep is spillin’ ack on me
Solo, I feel gangster, reason presence in the back of me
Abuelita’s spirit, got the Godmother backin’ me
Nigga murdered Mazi and I was gone, that shit had damaged me
Bodega bans’ll tell you in New York that I got handling
Big Jigga tell you, if I love you, anything you ask of me
Breadwinner, brave heart, ain’t trippin’ ‘ bout no brave team
Stalkin’, tryna choke something, ain’t stickin’ like no Beijing
Curbboy Trell, you know these niggas out here hate me
Want me to suffer, melt my butter, oven-hot potato, bake me
Lil’ killer, listen, you hop in the streets, you know, a lot gon’ change
When you a Gates, it’s in your DNA, so you are not gon’ change
Protect your sister, know what you believe, you gotta die this way
Once you go to jail, expect your bitch to play a lot of games
Even your click respect the way you built, a lot are not the same
Never rat, always mind the business, that’s a prouder way
You a good friend, remember, you not friendly, you don’t ride the wave
Respect yourself and everything around you, we not trying to play
He who try, ain’t no doubt about it, divin’ in his face
No surrender, no retreat, reply, bitch, you gon’ die today
Represent your trial but your actions and your body language
Upright independent feelings movin’ with all types of angels
Nine-thousand miles, do ease, where the holy copper stations
Muslim makes salat, this all we got, you take your time with prayin’
Upright, independent, fearless, praises go to my creator
Upright, independent, fearless, we havin’ a lot of paper
Upright, independent, fearless, even if my body stinkin’
[Outro]
Hmm, what else?