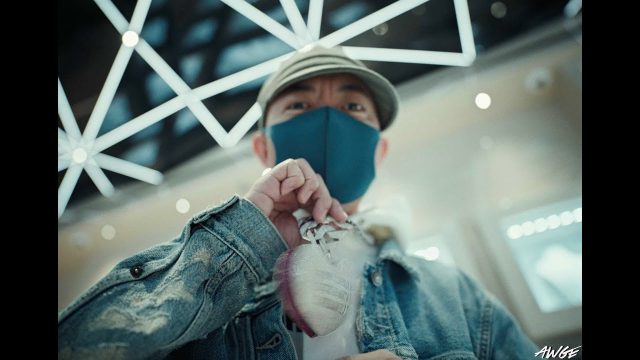 [Verse 1]
Ain’t nobody fly as us (Fly as us, yeah)
Heavy, heavy (Fly as us), heavy (Fly as us)
And you know I got it tucked
Heavy (Grrah, baow), heavy (Harriet Tubman), Glocky (Harriet Tubman, baow, yeah)
“Look in the sky, it’s a bird, it’s a plane?” Nah, I’m on a jet
Why would I ever respond to a lame? (Why?)
Yeah, he ain’t put a check
Pussy ass nigga better stay in his lane (Lane)
Yeah, before he get whacked (Yeah)
I fuck around with all my chains, and I still got space all around my neck
Four-carat emeralds, can’t do baguettes, I done put on my vest (Yeah)
Can’t trust him, put a .30 in my TEC
I done made thirty more Ms with this
More money, more problems, that’s on my desk
I’m a young nigga, sometimes I stress
Get a nigga dropped, then I stress less
They on my head, man, they on my dick (Yeah)
[Chorus]
I don’t think they ready (I don’t think they ready)
And I know she know me, I push foreigns like they Chevys (Word)
She fuck with my opps, she do that shit to be petty (What?)
I still get the top in the club, bitch, I’m too deady (Ayy, Brandon, man, why you do that?)
This Moncler, I got on heavy (Got on heavy)
Heavy, heavy, heavy
Cullinan, that Rolls-Royce truck (In that Rolls-Royce truck)
Heavy, heavy, heavy

[Verse 2]
I got one eye open steady (Steady)
Countin’ up the fetty (Yeah)
Whippin’ up that Crocker and we servin’ out that Betty (Yeah)
Man, this thirty way too heavy (Woah)
Glocky hold it steady (Steady)
Pull up in twin Lambos, I’m with Bubba like they Chevy’s
I don’t think that bitch was ready (Wha- what?)
Spent five hunnid thousand at Starlets, my heart got heavy (Yeah)
Then I thought about it, that money was just so petty (Oh)
I ain’t want no pussy, baby, just give me the headie (Yeah)
I done found my opp location just right off the Reddit
I can pay for the whole hit, that’s only if you let me
Voodoo lady prayed over me just so she could bless me
I know it’s a couple niggas out here wanna test me
Put a check on him, I’m in Miami on the jetskis
I don’t think she ready (Ready)
She fuck with my opps, do that to be petty
Pull up in that drop, just like it’s a Chevy
I still get that top in the club, bitch, I’m too deady
[Chorus]
This Moncler, I got on heavy (Got on heavy)
Heavy, heavy, heavy
Cullinan, that Rolls-Royce truck (In that Rolls-Royce truck)
Heavy, heavy, heavy, heavy

John Legend – All of Me Lyrics