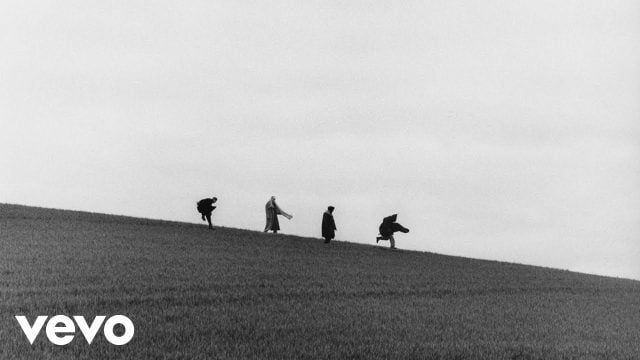 [Verse 1]
She was part of the Air Force, I was part of the band
I always used to bust into her hand in my, my, my imagination
I was living my best life, living with my parents
Way before the paying penance and verbal propellants and my, my, my cancellation
Hm, yeah

[Verse 2]
And I fell in love with a boy, it was kinda lame
I was Rimbaud and he was Paul Verlaine in my, my, my imagination
So many cringes and heroin binges, I was coming off the hinges
Living on the fringes of my, my, my imagination
Oh, yeah
[Interlude]
Enough about me now
“You gotta talk about the people, baby”
But that’s kind of the idea

[Verse 3]
Now I’m at home, somewhere I don’t like
Eating stuff off of motorbikes
Coming to her lookalikes
I can’t get the language right
Just tell me what’s unladylike

[Verse 4]
I know some Vaccinista tote bag chic baristas
Sitting in east on their communista keisters
Writing about their ejaculations
“I like my men like I like my coffee
Full of soy milk and so sweet, it won’t offend anybody”
Whilst staining the pages of the nation
Oh, yeah
A Xanax and a Newport
“I take care of my kids”, she said

[Interlude]
The worst inside of us begets that feeling on the internet
It’s like someone intended it
A diamond in the rough begets the diamond with a scruff
You get
[Bridge]
Am I ironically woke? The butt of my joke?
Or am I just some post-coke, average, skinny bloke
Calling his ego imagination?
I’ve not picked up that in a thousand four hundred days
And nine hours and sixteen minutes, babe
It’s kind of my daily iteration

[Outro]
Yeah, I’m already bored but looks amazing
It’s very hard to stay yourself and also speak properly
I think there should be sheep with us in the performance
As a reference to Orwellian groupthink theory, not really
Will just look cool, but also that I suppose

George Ezra – Fell In Love At The End Of The...