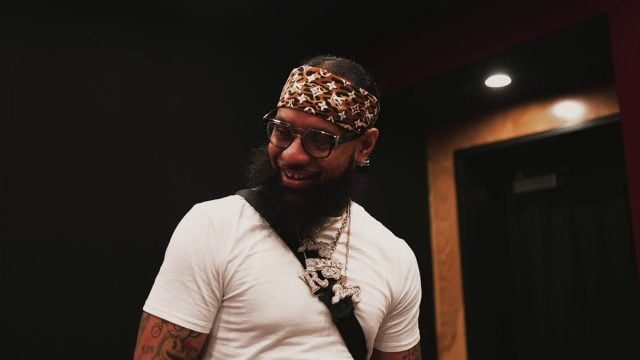 [Verse 1: Pooh Shiesty]
I’m from Memphis, 38016, to be exact (Posted up with glizzies)
If I shoot at anybody, you know we double back (Comin’ at his neck)
Glizzy neck, flat line, I’m shootin’ shit in here like Zach (Blrrrd)
In my hood, the CEO, ain’t shit to get you whacked (It ain’t shit to get you whacked)
VIP with Ja Morant, ayy, welcome to my city (Ayy, welcome to the crib)
406, I’m at the Grizzly game with a glizzy (Blrrrd)
Double cup, I’m sippin’ lean with CG on my fifty (CG on my fifty)
Last night I had a dream that the feds came to get me (Must’ve left with it)

[Verse 2: BIG30]
I’m from Memphis, every steamer wе got is a heavy
And I got these linеs ’cause I was fifteen with extensions (BIG30)
You can’t come on [?] Drive, better not listen to Drizzy (Better not listen to drac’)
But you better look alive when you come through my city (Comin’ through my)
Five, five, six, seven, six, two, call me (Blrrrd, blrrrd)
My lil’ nigga so fucked up he snortin’ off his .40 (Snortin’ off his .40)
I just popped a Perc’, I’m off the Hen’, feelin’ nauseous (Be feelin’ nauseous)
Big Crip, rest in peace to Nipsey, I’m on Slauson (Runnin’ down Slauson)
[Verse 3: Pooh Shiesty]
Bitch screamin’, “Rest in peace” and fuckin’ on the killer (Fuckin’ on the killer)
I can’t go to sleep unless that drac’ under my pillow (The drac’ under my pillow)
Big banana clip for all the apes and the gorillas (Blrrrd)
All my niggas shiesty, they’ll slam you for the skrilla (Slam you for the skrilla)

[Verse 4: BIG30]
Big barbecue in my hood, you ain’t belong here (And I’m eatin’ good)
Never stand down, bitch, show me my opponent (Pull up to his hood)
Since you miss him so much I’ma put you where your homie (Put your where your man)
Been in Memphis all my life, never stopped, did the [?] (I never seen him dance)

[Verse 5: Pooh Shiesty]
Playin’ with the chopper in this bitch, don’t miss a beat (Blrrrd)
My dread head strapped up with a drum like Tay Keith (Drum like Tay Keith)
Fuck the alphabets, I put a E after my Z (Z in front of)
We caught him at the light while he was leavin’ Bill Street (Blrrrd)

[Verse 6: BIG30]
I caught my nigga trippin’, they more dog food than Pedigree (They dog food)
When I die, you better not cry, just put a nigga next to me (Blrrrd, blrrrd)
Just flew the whole gang out the hood, took me a jet or three
I was thuggin’ in the king, they usin’ a pebble tree (Everyone in my hood)

[Verse 7: Pooh Shiesty]
Concrete D-A-G, we posted up by [?] (Came across the street)
If you keep the za, we gotta serve you at the CPO (Ayy, what we gotta be?)
Heard the opps just booked me for a show, nigga, I gotta go (Had the glitzy it stuck)
Quick to let it bust, but I ain’t never wrote the [?]
[Verse 8: BIG30]
I been sellin’ grams, sellin’ halves since I been in school (When I was in class)
I’m just sayin’, it make no sense, but ate some off some tennis shoes (Balenciaga, splash)
If you black up on a mission then I gotta finish you (I gotta take your life)
Thirties and them fifties on them Glocks, Simmons got kiddies too (Hunnids on them rifles)