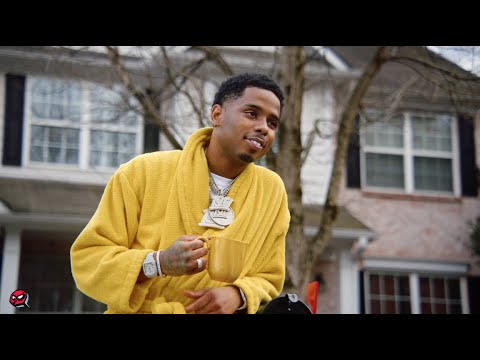 [Verse]
Turn my music up and when you listen hold yo’ choppers up (Ayy hold them choppers up)
If I want you dead, I’m on yo’ ass, it ain’t no dodgin’ us (Ain’t no dodgin’ us)
Indirect the only way them pussies send some shots at us (Send some shots at us)
Ain’t no searchin’ the artist, I’m performing with this chopper tucked
Apply too much pressure on opp, they send bitches to get you locked (Them bitches get you locked)
I’m fightin’ all these demons, got me feeling like my blessings blocked
I’m the one who saved thе day, I had to think outside the box (Think outside thе box)
Straight ain’t how we get away, I had to high speed on the narcs (Skrrt)
Thumbin’ through them hunnids, you was scrolling through my page (Scrolling through my page)
That lil’ body fucked me up, it had me going through a phase (Had me going through a phase)
Tryna make it out before they try to lock me in a cage (Tryna lock me in a cage)
You either give it up or get hit with these buck shots out the gate (Boom)
Don’t give a fuck ’bout where I go, long as the Draco shoot (As long the Draco shoot)
Lay down in your neighbor yard, you ain’t at home, I’ll wait on you (You ain’t at home, I’ll wait on you)
Pooh Shiesty, you know I play it smart but I got slimey moves (Slimey moves)
CGE secret society, no, we cannot recruit (We still can’t recruit)
I hit the studio and drop a hit after I drop some shit (I drop some shit)
If I ever go up for the shot it ain’t no blockin’ it (Ain’t no blockin’ it)
I chopped a bitch but I need some info before I drop a bitch (Before I drop a bitch)
Got the scoops on everywhere he be, you choose which block they hit (Ayy, you choose nigga)
Dead guy, even by myself I’m with them dead guys (I’m with them dead guys)
I didn’t like that ho attitude but I can’t lie, her head fye (Her head was fye)
My eyes red, I’m rollin’ GG4 up in a red eye
Automatic AUG look pretty when them shells fly (Blrrrd, blrrrd)
I been on some robbin’ shit today, I got my pump with me (Got my pump with me)
And if I flip up off this bridge, I got niggas gon’ jump with me (A nigga gon’ jump with me)
I’ma step on you before I let a nigga stomp on me (Can’t no nigga stomp on me)
That tote it in your lap, don’t put no chopper in yo’ trunk with me (Ayy, put it in yo’ seat)
This ho might look clean but I swear to God this a dirty coupe (Ayy, this a dirty coupe)
I’m riding right or wrong, I don’t give a fuck what BIG30 do (Whatever he do cool)
Forever fuck the system, they tryna come and take all the troops (Take all the troops)
And he the type to square when them people come put that hurt on you
A blind man can see that it’s first degree if you play with me (Blrrrd)
Coolin’ in the A, I’m with some shawts, we at the bakery (At the bakery)
Got a bitch for every letter, we can go through A to Z (Ayy, go through A to Z)
Who gon’ make it through emergency thinking ’bout aping me? (Ain’t no aping me)
[Outro]
Blrrrd
Blrrrd
Blrrrd, blrrrd
Blrrrd
Blrrrd