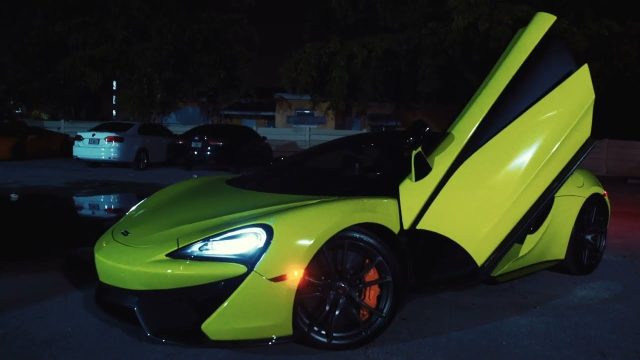 [Verse]
Fuck it, woke up, I drop a ten (Yeah), ’cause it’s just how I’m feelin’ (Feelin’)
Favorite strap when I’m outta state (Travel), all the shots comin’ with me (Blrrrd)
Slimeball, coated McLaren, tryna see if it go two-fifty (Yeah)
I sipped the whole eight to the face (Face), not made but this time I was trippin’ (Damn)
Ayy, ayy, now maybe this time I was trippin’ (Yeah)
It ain’t no squashin’ shit with me, if I took somethin’, then deal with it (Fuck ’em)
I’m really livin’, not just rappin’ (Ayy), still active, still spinnin’ (Spinnin’)
She gon’ fuck me off the rip (Rip) when she read what’s up on this pendant (God)
VVSs on me water wet, but don’t try to jump in it (Nope)
Load up the chop, get in position (‘Sition), it’s time to go handle business (Get bus’)
And we live off ’em, B-B-A (Ayy), this bankroll, bitches, ammunition (Yeah)
Cartier my E-T-A, can’t check the time, these diamonds hittin’ (Damn, damn, blrrrd)
Can’t check the time, these diamonds hittin’ (Nope)
For my shooter’s birthday, I bought him the Glock and the FN (Blrrrd)
Big Shiesty for president, they let him in, he’s in the industry
He had his taco out, we pushed it back like J.F. Kennedy (Hahaha)
Still crazy how we blew up rap and soon I ran outta luck (Yeah)
Probably let out the gang, this shit was on me if I listen up (Listen up)
Got killers in the pen’, watch who you talk around, they stick you up (Shh)
As soon as I feel uncomfortable, grab the Carbon and let it bust (Blrrrd, blrrrd, blrrrd)
Amen Trey, they was in middle school with choppers big as us (God)
The loudest niggas in the room gon’ be the first to get hit up (Blrrrd)
Know we put niggas in the blender, celebrate with double cup
Turn anaconda for them hunnids, ain’t no niggas slime as us
Yeah, I was fucked up, down bad, they used to put me last (Last)
I hang by the shooters, who gon’ be the one to pass?
These lame-ass niggas actin’ gangsta (Blrrrd), fakin’ like they finna crash
Got sixty thousand, all blues well-secured in this Louis bag
All blues well-secured in this Louis bag (Ayy, yeah)
It ain’t too many niggas that can go back where they grew up at (My shottas)
Know you and all your niggas was rats, just go back where the sewer at (On God)
You cross me once, that’s where you die, and no, it ain’t no comin’ back (No)
Ain’t none of you niggas my slimes (Slimes), don’t come around screamin’, “Slatt”
Three chains around my neck so I put 1017 on my back (On my back)
So icy Shiesty, always hittin’ up, gon’ be hard to lose (Let’s go)
My story like Tony Montana’s, I might write a book (Write a book)
My F&N sittin’ on the counter, watch the camera while I cook (While I cook)
Ayy, go take Shiesty out your name, I heard you got your rifle took (You pussy)
[Outro]
Pussy (Haha)
Heard you got your rifle took (Hahaha), pussy
You fuckin’ pussy (Fuckin’ pussy)
Blrrrd, blrrrd-blrrrd (Hahaha, the biggest)
Big Blrrrd, blrrrd (Ooh)