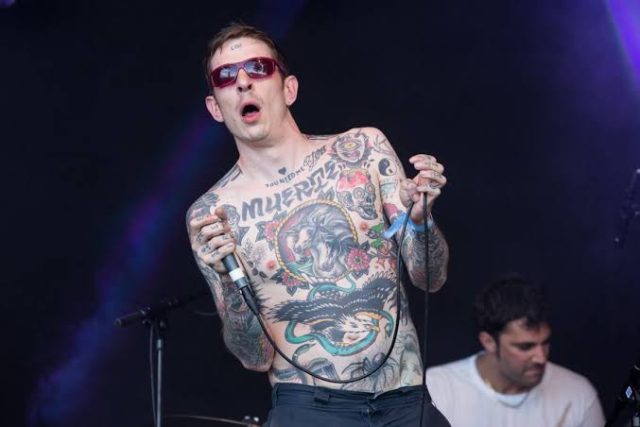 [Verse 1]
Oh, Oh, I can’t believe it
I can’t believe what I read last night
Man, there’s little kids growing up with animal hair
Some of them are growing up with tails, maybe even two tails, man
They’re putting in little microchips in the-
They’re putting in little microchips in the vaccines
Little creepy crawlers with tiny little legs
They creep around your body
Collecting information, oh, collecting information
They’re putting little creepy crawlers in the vaccine
Uh, uh
You wonder why those people look so young
You wondеr why those people at thе top look so young
I’ll tell you why
(They’re harvesting babies)
(They’re harvesting babies)
[Verse 2]
They’re injecting adrenochrome to keep the skin all shiny
Medusa’s wrinkling and it makes their pupils look like human pupils
And not all slanted little lizard eyes
They got kids growing up with animal tails man
They’re putting microchips in the vaccine
And they’re putting creepy crawlers in the microchips
The kids without the vaccines are getting harvested
Because their blood is untainted
Oh their blood is pure
Their blood is pure and its perfect for adrenochrome
Adrenochrome

[Verse 3]
Can you believe it, lizard people
Oh, they’re harvesting our children
My children are growing up with lizard gills
And animal hair
That ain’t normal baby hair
That’s animal hair
You can tell if you touch it
Oh, it’s disgusting
I can’t believe it
When I was younger none of this existed
Everything was fine
Everything was perfect
And now it’s ruined
It’s ruined ’cause you voted on the wrong motherfucker
Because you didn’t believe him
You wouldn’t believe the sources that I linked you
I told you to read
I told you to do your research
I told you man, I told you they’re harvesting babies for adrenochrome